Rep. Derek Kawakami on his first days in the legislature 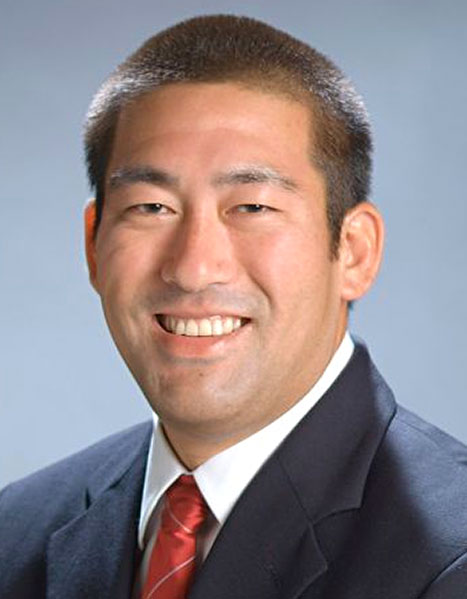 Rep. Derek Kawakami was appointed by Governor Abercrombie earlier this month to serve as the replacement for former Rep. Hermina Morita, who was assigned to Chair of the State Public Utilities Commission. Though still relatively unknown in the state political arena, he has been involved in local politics for the last seven years, serving on the boards of the Kauai County Council, the Kauai Island Utilities Cooperative and, most recently, as president of the Hawaii State Association of Counties. After less than a month in the office, Kawakami is already vice chair of the Energy and Environmental Protection Committee and a member of the Finance Committee, Housing Committee and Water, Land, and Ocean Resources Committee.

As the legislative season draws to an end, the Weekly decided to check in with the representative to get to know this dark horse once and for all.

You’ve now officially been a state representative for nine days. How has it been?

This quote has been used around the capitol, especially with the freshman, and it describes the experience as “drinking water from a fire hydrant.” So coming in late into the game, and this is really late, it’s almost been like drinking water from Niagara Falls. The information has been overwhelming but there are so many people here with open arms and they are willing to share the manao very openly and freely. Because of that, I’ve been able to keep up as best as I can.

You are not only a new legislator, but you were sworn in at the end of the Legislative season. What are some of the challenges that you are facing because of these factors?

Some of the challenges of coming in late are that I haven’t had much opportunity to do anything about a lot of the bills. I didn’t have an opportunity to introduce legislation or even co-sponsor legislation as I would like to have. But that said, there is some value because I came straight from the county council so I can bring a voice from local government to state politics.

What bills do you hope will be passed?

One of them (House Bill 1411) is an attempt to balance the budget with transient accommodation tax collected at the hotels. The counties have been dependent on their share of the transient accommodation tax, so what that money does is it goes to pay for some of the impacts that our visitors put on our county infrastructure. There’s a proposal to put a cap on it and I’m tracking that closely to see how it will impact the fiscal reliability of the counties should that cap be enacted.

What do you feel are the most important issues facing Hawaii?

To be honest, the most important thing to me is the budget. There’s no option, we have to balance the budget. Everybody’s going to hurt a little bit, but so that we can continue on in a positive direction, sacrifices have to be made for the greater good. As a Democrat, I believe that those that are most in need–the disabled, the disenfranchised, the keiki, the kapuna– need to have services provided to them. We’re making these budgetary decisions, but we have to protect those who are most in need. And at the same time, we have to balance that with making sure that we are providing a vibrant environment for business and economic growth. We’re on a seesaw trying to balance this thing so that we don’t tip too far in one direction.

In the long term, it’s about creating a better future for the kids. That always been the priority. We may not necessarily see the product of the actions that we take today, but I hope that they’ll be able to benefit from it eventually. I’ve got two kids and they motivate me everyday to go out there and make some tough decisions.

Is anyone else in your family political?

As far as in our household, we never talked politics. The dinner conversation was always about how were the waves today? Did I do my homework? But my uncle Richard was a former state legislator and Speaker of the House, his wife, my Aunty Bertha, is a former state legislator for District 16, and my uncle George was the field representative for Senator Inouye. There must be something in our bloodline that has drawn us to serving the public and entering this realm.

Tell me about your children.

I have two children. My son is 14 years old. He’s got a rock band called Three Minute Warning and they just had their first gig a few weeks ago and they raised the roof. It was just the most proud moment of my life to see him tearing it up. My little girl is the complete opposite. She’s a total little bookworm. They are completely different. One is really into music and the other is waking up at five in the morning to make sure that she did all her homework.