Ebola Music Is A Thing 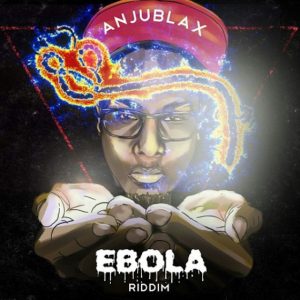 Since the summer, news about the ebola outbreak in West Africa has infiltrated everything from the news to pop culture. The music industry is no exception. Artists have voiced their thoughts and opinions (as well as conspiracy theories) on Twitter and other social media networks and rapper Cam’ron has even started selling “ebola masks” (basically, surgical masks screen-printed with a photo of the rapper in a pink fur hat).

In the month of October alone, the website received 23 song submissions (in five different languages) referencing ebola. Both unknowns and big name artists, like Chris Brown, YG, T.I., Childish Gambino and Lupe Fiasco, have woven the word into their songs, rhyming it with everything from “Ricola” and “Range Rover” to “quota” and “Coca Cola.”

But none of these artists have actually dedicated an entire album to the virus, until now.

Unless you’re a dancehall junkie, you probably won’t recognize any of the artists on the project, except for Mavado who had a show in Palm Beach on Thanksgiving day and has music in the current film, Beyond The Lights. His song, appropriately titled “Sick Like Flu,” was leaked on YouTube a few weeks ago and unfortunately was not accompanied by a music video.

But perhaps that’s for the best because, aside from the chorus (“Tell dem sick like flu/Sick like flu/To the business me stick like glue/Me sick like flu”), very little about the braggadocio-heavy song has to do with ebola.

Besides, it’s not like you can actually hear the lyrics anyways. Try deciphering a dancehall song and you’ll know what we mean.

« The Rise of the Cooler » Twiggy Rasta Masta, aka La Goony Chonga, Is Keeping Hip-Hop “Based”