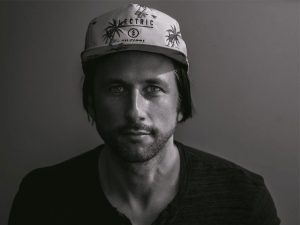 House DJ and producer Miguel Migs has fond memories of San Francisco in the ’90s, especially of its thriving, underground dance music community.

“That was a magical time,” says the 44-year-old who will be playing at Audio on Saturday, Jan. 28. “There were these amazing warehouse parties that had the greatest music.”

In fact, it was the music scene that brought the then-underage Migs to S.F. in the first place. Though he lived in Santa Cruz at the time, Migs and his friends made a habit of driving up on weekend nights to attend the city’s numerous parties and raves.

“We would draw on hand stamps or have fake IDs,” he recalls. “You know, whatever it took to get in.”

Today, the dance music scene in San Francisco is totally different. Though Migs says there are still underground warehouse parties that occur on the weekends, they’re few and far between, and San Francisco is far from the electronic music mecca it once was. Nowadays, if you want to hear dance, house, or techno, you’re better off just going to a club.

“Now it’s like the norm, and there are so many venues in the city that play electronic music and its many subgenres,” says Migs, who still plays warehouse shows “here and there.”

“But back then, it was more of a smaller, niche type of thing. It was more community-driven, and there were no rockstar status DJs like there are today.”

Another big change that has happened since the ’90s and early ’00s is the number of remix requests — or lack thereof — that Migs receives. Because it was trendy to release dance and electronic remixes of popular singles, it wasn’t uncommon for Migs to get commissions from big-name artists, like Britney Spears, Macy Gray, or Lionel Richie. Now, thanks to dwindling album sales, the rise of streaming websites, and the proliferation of free or low-cost production software, official remixes are on the verge of becoming a relic of the past.

But though dance music today is worlds different than it was 15 to 20 years ago, there’s one thing, fortunately, that hasn’t changed: Migs’ sound.

Listen to “Breakin’ It Down,” a velvety, downtempo track laced with vocals from the neo-soul singer Ledisi that was Migs’ first ever release in March 1999, and then compare it to December 2016’s trance-like jungle jam “Waterfall.” Despite the 17-year gap between the songs, neither would sound out of place on the same album.

It’s clear that Migs — who writes all his own lyrics but gets others to sing them — still pulls from the same slinky, laidback playbook that guided his earliest soulful and deep house releases. And even though more than a decade has passed since the millennium, his music is still coated in the same glossy, glittery sheen that defines most things associated with the early aughts (think frosted lip gloss, asymmetrical hemlines, tinted sunglasses, and anything bedazzled).

“There are trends that might get people more work or help them get more popular, but that’s never really been my goal,” Migs says. “To me, good grooves and good music don’t go out of style.”

Before Migs turned to electronic music, he was a guitarist for the long-since disbanded Santa Cruz reggae band Zion Sounds. This might be hard to imagine, but Migs points out that reggae and house have more in common than you’d think. Both genres pull heavily on drum and bass, incorporate lower frequencies, and favor offbeat rhythm sections.

“I’ve always loved dub and reggae because of their steady grooves and stripped down natures,” he says. “So if you think of it that way, it’s not really light years away from house music.”

To date, Migs has released more than three dozen records, many of them under Salted Music, a label he formed in 2004 to promote and publish music from new and up-and-coming electronic music artists. Calling it “just a little boutique label,” it’s clear that Migs didn’t start Salted Music with hopes of making millions then, now, or ever.

← Sango, The Game Changer Chronicles of The Juice Man →