Clap Your Hands Say Who?

A lot has happened in the 12 years between Clap Your Hands Say Yeah’s debut and their fifth album. 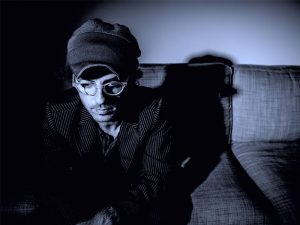 Depending on the artist, concocting a debut album can either be a blessing or a bane.

On the one hand, there’s a lot of pressure to contend with — be it self-imposed or from others — and making an album that is both flawless and attention-grabbing is no easy task.

On the other hand, a debut can be viewed as a blank canvas. As a newcomer, you have no expectations to meet and plenty of leeway to do and try whatever you like. For Alec Ounsworth, frontman of the indie rock group Clap Your Hands Say Yeah, it was the latter.

In 2005, when the Brooklyn band, then a quintet, was recording its self-titled debut, the sky was the limit because there was “nobody looking over our shoulders,” Ounsworth says. The group had ample creative freedom to be as weird and experimental as they wanted — so they were. In album opener “Clap Your Hands!” eerie carnival music comingles with distorted and harmonized vocals, and throughout the entire record, Ounsworth morphs his creaky, nasally voice into whinnies, wails, and yelps.

“We didn’t really have any expectations for the album,” he says. “It wasn’t any grand statement, but simply a first album.”

The way in which Clap Your Hands released the album was equally as casual: They simply uploaded it online and waited for people to find it.

They didn’t have to wait long. Music blogs were the first to sniff out the eclectic 12-track record, and later, celebrities like David Bowie and David Byrne attended some of Clap Your Hands’ earliest shows. Later that same year, the track “The Skin of My Yellow Country Teeth” appeared in an episode of The Office, and Pitchfork named it one of the “Best New Albums” of 2005.

As an unsigned act, it was up to the band to handle the business side of things, and Ounsworth recalls packaging and shipping boxes of CDs and vinyl in both his apartment and his bandmates’. Before the year was up, demand for the record was so big that Clap Your Hands had to repress additional CDs because their initial production run had been too small.

Looking back, Ounsworth is proud that he and his bandmates were able to achieve fame on their own, without relying on a label or PR firm to advertise or hype the album.

“To me, it was the cleanest way it could happen,” he says. “Because it was just an unfiltered opinion. We didn’t pay anyone to like us. It was very organic, and it was the most honest way of going about things.”

The next few years were halcyon ones for Clap Your Hands, which released a sophomore album, Some Loud Thunder, played multiple music festivals, and had an acting cameo in the film The Great Buck Howard.

But as more time passed, things began to sour. They continued releasing new albums every two to three years, but none surpassed the heights that Clap Your Hands Say Yeah had reached. And though they continued touring, the venues they booked became progressively smaller in size.

It was a tough blow for the former indie-rock darlings to come to terms with and an unfortunate turn of events that Ounsworth wishes had unfolded differently.

“I would have preferred for us to make an album that nobody really cared that much for as our first one. It would have saved me a bit of a headache,” he says. “To have a debut album pop off like that is a blessing and a curse. Because honestly, I don’t even think it’s the best of the five albums.”

When Clap Your Hands went on hiatus in 2009, many fans suspected the band had broken up, but that was not the case. Ounsworth’s daughter was born, and he felt a fatherly duty to be there during her early years. Otherwise, he says, he would have felt like “a jerk to miss her first words or her first steps.” In addition to Ounsworth, band members Sean Greenhalgh, Robbie Guertin, and Tyler Sargent also used the interim period to embark on solo and side projects.

By 2011, Clap Your Hands was back in the studio, putting the final touches on their third album, Hysterical, and quashing fans’ fears that they had disbanded. That reassurance was short lived. A year later, backing vocalist Guertin announced through the group’s website that he was leaving to focus on his other band, Radical Dads. Three days later, a subsequent website post disclosed bassist Tyler Sargent’s departure, and shortly thereafter, his twin brother, guitarist and backing vocalist Lee Sargent, left the band, as well. Remaining member Greenhalgh stuck with Ounsworth through the 2014 release of Clap Your Hands’ fourth record, Only Run, but after its release, he, too, parted ways.

For the last two years, Ounsworth has been running Clap Your Hands on his own, employing a rotating cast of musicians to help with recording and performing material from the band’s recently released fifth album, The Tourist. And while keeping the band alive sans the original members’ proved difficult, Ounsworth says he doesn’t resent them in the least for leaving.

“The thing is, this isn’t for the faint of heart,” he says. “And let’s face it: It’s an unstable career that lacks any kind of security. It’s relatively arbitrary and that can drive people crazy. I think for some of the guys we lost, the largest part of it was that they needed something more stable going forward — and I don’t at all blame them for it. I commend them.”

While writing and recording The Tourist, Ounsworth found himself in a familiar situation similar to how things had been when the band was recording their first album. Now on his own for the first time, Ounsworth had carte blanche to create whatever he liked, and he used the album as an opportunity to pour his heart out and purge himself of the ill fortune of the last few years in one fell swoop.

Darker than its predecessors, The Tourist is littered with references to ambulances, drugs, and “dark flowers.” And though Ounsworth’s signature yowl is still there, there’s a softer note to the record — thanks to the heavy doses of synthesizer — that is absent in Clap Your Hands’ previous, grating, discordant works. Put another way, if Clap Your Hands’ debut was a scratchy plaid, then The Tourist is more like a soft cashmere.

← Beyond The Stage When The Going Gets Tough, Growl →