U.K. producer Jax Jones is now more famous than the artist who helped launch his career. 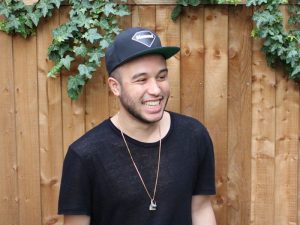 “My parents are super-traditional,” says the British house producer, best-known for his 2016, island-inspired dance-pop single, “U Don’t Know Me.” “To them, any career in the arts — they just wouldn’t have it.”

With an Atari, Jones started making beats at the age of 14, but he says his dad still held out hope that he’d become a doctor, and that his mom always pushed for a career in investment banking.

“I could have done it,” the 29-year-old says. “I was pretty smart in school in terms of grades and stuff. I just got the bug to do music.”

Relations between Jones and his folks finally hit a boiling point when the musician tried to return home after graduating from college. Though his parents agreed to let him move back in, there was a stipulation: If Jones wanted to live there, he couldn’t come home later than 10 p.m.

As a burgeoning DJ trying to break into London’s nightlife scene, Jones knew that the ultimatum would be a death knell for his career.

It ended up being one of the best decisions of his career. Jones rented a studio apartment in Sydenham, a suburb in southeast London, bought a Mac tower through Gumtree, the British equivalent of Craigslist, and turned his tiny abode into a live-work space.

For a while, Jones worked as a session guitarist and music director for various artists. One of them was deep house DJ Duke Dumont, who, at the time, was gearing up to release his debut album. Thanks to an introduction from Dumont’s manager — who is now also Jones’ manager — the up-and-coming producer was given an opportunity to contribute to some of Dumont’s songs. By the middle of 2015, Jones had three production and songwriting credits on Dumont singles, all of which charted at No. 1 on Billboard’s Dance Club Songs. In 2015, Jones and Dumont scored a Grammy nomination for the shimmery, call-and-response dance-pop number “I Got U” and were flown to L.A. to attend the awards show.

But it wasn’t until 2016 that Jones’ solo career really took off. “House Work,” a playful, clubby paean to achieving goals, became so popular in the U.K. that word about Jones started spreading in the U.S. Not long after, Jones’ textured, disco-leaning song, “Yeah Yeah Yeah,” appeared in a Southwest Airlines commercial, and in the September, it played during the 2016 FIFA Soccer games. When Jones’ newest single, “U Don’t Know Me,” came out at the end of the year, it made it in the British iTunes’ Top 20 in less than 24 hours. Along with the song, Jones also released a Pac Man-esque computer app called the “Cereal Killer Game” because he says he’s “a bit of a gamer” himself.

Currently, Jones is not only the 69th most listened to artist in the world on Spotify, but he has 10 million more listeners than Dumont.

Even Jones is amazed by his swift ascent to fame, which he called “the craziest 12 months of [his] life” in a recent Facebook post.

“It’s just been kind of a roller coaster,” he says during our interview. “I think this time last year, I was doing one or more shows a month in various clubs and trying to get on the festival circuit. I was just trying to build back then.”

Now everything is different for Jones, including his personal and romantic life, because he recently got engaged to his longtime girlfriend.

But even though he’s arguably more famous now than the guy who helped him start his career, Jones is determined not to let any of it get to his head. Being on tour in the U.S. for the first time is particularly helpful, he says, because it’s humbling. (He’s also never been to San Francisco.)

“I’m essentially starting at the bottom of the food chain and playing the small clubs and intimate shows,” Jones says. “So for me, there’s no room for ego in all of this. There’s still so much to do.”