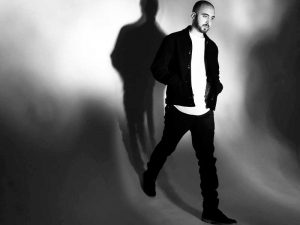 In 2011, Michael Volpe was a 23-year-old physical therapy student who lived in the historic township of Nutley, N.J., with his mom and her two dachshunds. In his spare time, Volpe produced beats under the name Clams Casino and used MySpace to pitch his glitchy, chillwave creations to other up-and-coming artists.

By the time graduation rolled around in May, he’d released his first mixtape, Instrumentals (which Pitchfork would later name the 17th top album of 2011), produced songs for the likes of Lil B, Soulja Boy, Mac Miller, Main Attrakionz, and Havoc of Mobb Deep, and had a record in the works with the then up-and-coming emcee, A$AP Rocky.

With one foot in two worlds, Volpe, who will be performing at Mezzanine on Thursday, Sept. 15, realized he had a decision to make post-graduation: He could either pursue music full-time or use his degree to get a job in physical therapy. With little hesitation, Volpe chose the former.

Volpe made strides during those three months, landing commissions for remixes of Big K.R.I.T., Lana Del Rey, and Washed Out songs, as well as future work with artists like Florence + The Machine, Big Pun, and The Weeknd.

Now, five years later, Volpe is one of the most sought-after hip-hop and popular music producers, with production credits on a wide-range of albums, a few of which have since been certified platinum and gold. Chances are he’s also the guy who laid the backbone for many of your favorite recent songs.

You have Volpe to thank for the eerie, cavernous beat in F.K.A. Twigs’ “Hours” and the shimmery, celestial synth lines throughout Lia Ices’ third album, Ices. Those syncopated cymbals clashing in the background of Schoolboy Q’s “Gravy”? That was Volpe’s doing. The chaotic dissonance in The Weeknd’s “The Fall”? Volpe, as well. And that sunny, highlife guitar rhythm in “No Right Thing” by Blood Orange? Volpe yet again.

In pursuing music over physical therapy, it’s clear that Volpe made the right decision. And it’s not like he could change his mind anyways — his license has long since expired.

In July, Volpe, who is now happily married to his post-high school sweetheart, as well as the proud owner of his own dachshund mix named Vader, released his debut studio album, 32 Levels. Two years in the making, the 12-track record, which features guest appearances from Lil B, A$AP Rocky, Kelela, Mikky Ekko, and others, shows off Volpe’s darker side, with swirling, ghostly melodies, hollow synths, and reverberating echoes throughout.

One need only listen to “All Nite,” a subaquatic-sounding track speckled with maniacal bird chirping — that is also Volpe’s most listened to song on Spotify and arguably the best on the album — for proof that the producer is at his finest when he’s working with rappers. And not just any rappers, but, specifically, Long Beach native Vince Staples.

With his hard-hitting vocals and edgy, anecdotal lyrics, Staples, who tapped Volpe for the songs “Norf Norf,” “Summertime,” and “Surf” on his debut studio album Summertime ’06, is the perfect compliment to the producer’s muscular, often sinister creations.

“Every couple of years, I come across somebody that knows how to work around my beats,” Volpe says. “It’s rare. But Vince? He’s an exception.”

Split the album in half though, and you’ll hear another side to Volpe’s production, one that is equally moody and crepuscular, but slightly more pop-leaning and radio-friendly. Kelly Zutrau of Wet fame unfurls her sugary, crystalline voice over one such beat, turning “Back to You” into a club-ready, albeit shadowy, dance track, and singer Mikky Ekko does the same with “Into The Fire,” adding an unmistakable Prince-bent with his earnest falsetto.

Venturing into newer, more mainstream territory, Volpe says, was a means of showing off his many abilities and preventing the inevitable boredom that comes with doing the same thing or recreating the same sound over and over.

“To keep happy and interested, I have to do other stuff,” he says. “And pop type of stuff keeps me interested. That’s why I’m always going in the studio with new people to see where they can help push me and how I can push them. It keeps my mind working in new ways and pushes me in directions I wouldn’t go by myself.”

← Summer State of Mind Waiting For the Green Light →