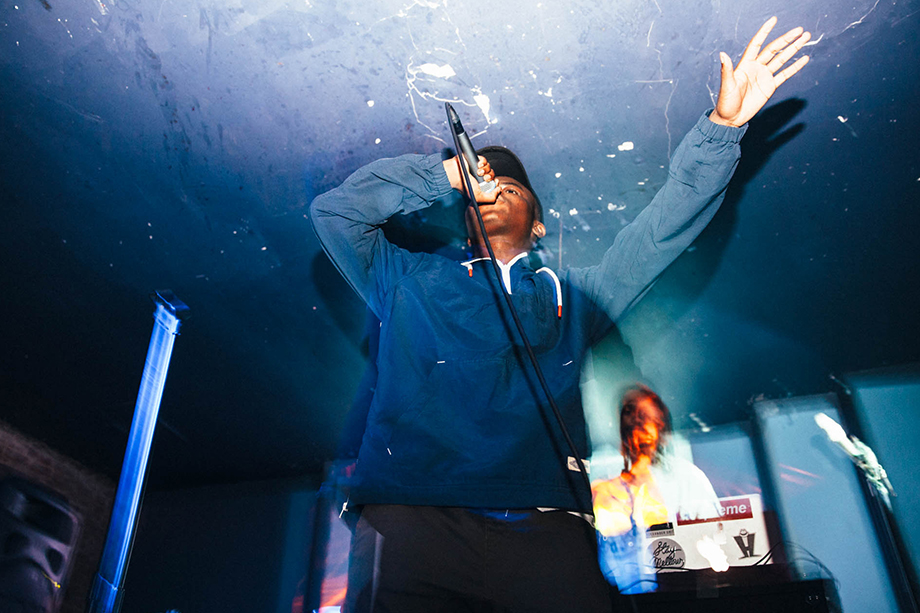 Nestled in the heart of the Arts District is the alternative music label and distributor, known as Alpha Pup. Co-founded in 2004 by renowned promoter/producer Kevin Moo (a.k.a. Daddy Kev), it is one of the most daring and innovative labels in LA, as well as one of the few labels to be based in Downtown. After a decade of producing and engineering albums, as well as throwing nightclub parties throughout LA, Moo decided to start his own label. Alpha Pup was not only a way for him to release music and promote new and up-and-coming artists, but it allowed him to pioneer trends and craft new sounds in the local music scene.

In addition to the numerous artist-run divisions that it sponsors, like Flying Lotus’ Brainfeeder label, the independent label is also beloved for its weekly club night called Low End Theory, which has been held at The Airliner since 2006. On any given Wednesday, you’ll hear a congruence of rhythms and melodies at the event, where leading tastemakers in the underground music scene, as well as newbies and unknowns, take the stage. Though Low End Theory defies genres, “We were able to kind of maneuver around that,” said Moo, “which I think is a testament to the DJs we have and the variety of music they play.” You’ll hear a heady mix of rap, electronic, trap, dub-step, and maybe even a little jazz, as well as a whole lot of drum and bass. The music is not trendy or throwback, but rather so new that it’s a few years ahead of the curve.

“I met a whole bunch of other people who were interested in making the same kind of music as me,” said TOKiMONSTA, an electronic/hip-hop producer signed to Alpha Pup’s roster who got her start by spinning at Low End Theory. “We were just a bunch of kids who made beats and [Low End Theory] was a place where we could experiment and play the kind of music we wanted.”

For years, Low End Theory has been a launching pad for many big name artists (think Flying Lotus, Busdriver, Lorn, and Nosaj Thing), many of whom ended up signing to Alpha Pup. Artists like Erykah Badu, Questlove, and Thom Yorke also played there, and the party functions as a meeting ground for LA-based DJs, producers, MCs, and sound aficionados.

“To me, at the time when we started, it was just another club,” said Moo. “But, we’re holding court down there. That’s ground zero if you’re in the beat scene.”