U.K. grime producer Mr. Mitch tackles the subject of fatherhood, and tries his hand at singing. 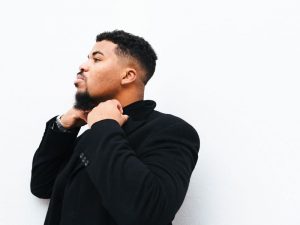 In the early 2000s, while Americans obsessed over Justin Timberlake’s solo debut and all things Britney Spears, a new branch of electronic music called grime was bubbling up in London. In the beginning, it had multiple names — nu shape, sublow, and eskibeat — but it became known for its pairing of industrial and occasionally discordant sounds with lightning-fast raps. An aggressive and energetic subgenre, grime got its start in underground parties and on local pirate stations like Rinse FM and Deja Vu FM, and The Guardian recently hailed it as the “most significant aural rebellion since punk.” Early grime champions, like Dizzee Rascal, Wiley, and Lethal Bizzle penned wordy albums about gang violence, street life, and being different, and the adjective “nasty” is now a commonly used term within the musical style.

But though grime has reached critical mass in the U.K. — albums by grime artists have received Mercury Prizes, and tracks have been adopted as anthems by political groups — it’s only now spreading to the U.S. In fact, it wasn’t until this year that Skepta and Stormzy, two of the biggest grime stars, made their Coachella debuts. But that’s progress, at least to British producer Mr. Mitch, who hopes grime continues to expand in both scope and reach.

“I want it to be as broad as house,” he says. “I don’t want people to think of grime as just one thing.”

Mr. Mitch was a pre-teen when grime’s progenitors were dropping their debut albums at the turn of the century, and his music was greatly influenced by it from the get-go. Around the time most of his peers were graduating from university, Mr. Mitch — who had dropped out of a media-studies program to pursue music and host a grime club night called Boxed — was forming his own label, Gobstopper Records. In addition to a string of his own EPs, Gobstopper releases records from fellow experimental and electronic artists whom Mr. Mitch believes “wouldn’t get any attention otherwise and just needed to be heard.” Well-known avant garde musicians have since taken notice of the label: Bjork played a Gobstopper song during a set in New York, and Aphex Twin included a Gobstopper track in a festival playlist he later shared on Reddit.

Mr. Mitch’s debut album, Parallel Memories, was released in 2014 and consists of tracks he wrote and recorded in his parents’ house and while riding the train to and from work. The mostly instrumental project is a study in restraint and minimalism, and marked an abrupt left turn from Mr. Mitch’s work from only a year before, which saw him dropping projects like the bassy, trap-drenched EP Suave.

Devout, Mr. Mitch’s sophomore album, came out in April and follows in much the same direction as Parallel Memories, except in one key way: It has vocals. Granted, most of them are from featured artists, but you’ll hear Mr. Mitch cooing lyrics on a few tracks, marking a change for the producer who has never before sung on a project.

Calling it “new territory,” Mr. Mitch says the main reason he decided to sing was because he finally had the privacy to do it. After releasing Parallel Memories, Mr. Mitch signed a deal with Domino Publishing that came with the added perk of being able to use their studio. For the first time, Mr. Mitch felt emboldened enough to try his hand at singing because, he says, “I knew no one was going to walk in on me mid-song.”

With its gauzy, languid beats, the grime elements in Devout are also hard to pick up on, making for something that’s more of a dreamy listen than an aural assault. While Mr. Mitch says the change in tone wasn’t intentional — “I never try to make a specific thing,” he says — he still thinks Devout qualifies as a grime album, if only contextually.

Devout’s rebellious streak lies in its songwriting, which focuses on the not-so-sexy topic of fatherhood. At the age of 22, Mr. Mitch — now 28 — had his first child, and while he was writing Devout, he and his partner were expecting their second son. The album starts with “Intro,” a murky, ambient number comprised of only a handful of lines — ostensibly directed toward the mother of his children — like “Do you remember when we made our love?” and “We’ve done it again.”

“Priority,” arguably the record’s strongest cut, sees rapper P Money grilling a soon-to-be dad on whether he’s ready to take on the responsibilities and challenges of fatherhood, and the bouncy album closer “Oscar” directs its lyrics toward Mr. Mitch’s newborn.

Focusing Devout on parenthood was something Mr. Mitch felt strongly about, as he hopes to change negative stereotypes of absent Black fathers with the album.

“In the media, a lot of stuff you see is dads not doing their jobs as fathers or not being around,” he says. “That shouldn’t be a normality, and that shouldn’t be the image that I’m seeing all the time.”