The Seattle producer and beatmaker wants to elevate his craft to superstar status. 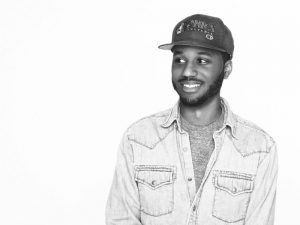 “It’s kind of popular now,” Seattle producer Sango tells me over the phone. He’s talking about beatmaking — loosely defined as the art of making hip-hop sans words — and it’s something the 25-year-old, who has produced songs for the likes of Tinashe, Casey Veggies, and Denzel Curry, has been pursuing since the age of 12.

“Everyone’s a bedroom producer these days,” he continues. “All you have to do is release a track on SoundCloud, and even if it’s just beats, people will go crazy over it.”

It wasn’t always this way. Sure, there were beat pioneers — like Flying Lotus, J Dilla, Madlib, Gaslamp Killer, and Daedelus — who paved the way for future generations. And chances are they had a lot harder time convincing people to listen to their lyricless music than Sango did.

Still, in the beginning, he struggled to grow his audience until a series of fortuitous events in 2009, including a particular round of the video game Call of Duty, got him interested in Brazil and led him to discover baile funk (or “funk carioca” as it’s called in Brazil).

Via Twitter, he met a fellow up-and-coming producer in Santa Maria, Brazil, named DJ Kojak, and the two began a friendship that would span years. In exchange for R&B samples and tips on American artists to listen to, Sango received Brazilian sound packs and drum samples that would have been  impossible for him to obtain on his own due to his location and inability to speak Portuguese.

“He pretty much gave me a crazy alleyoop to all these Brazilian sounds that I then used in my music,” Sango says, adding that he learned Portuguese in the process.

He packaged the songs he created — which blend deep, rumbling bass and frenetic, almost tribal sounding drums, with shimmering synths and glitchy Portuguese vocal samples — into online albums that he sold on Bandcamp or streamed through SoundCloud. It wasn’t long before Sango attracted the attention of the then-nascent Los Angeles music label and DJ collective Soulection, who asked him to join their ranks, which he did.

Emboldened by his new partnership and hoping to see his music go farther, Sango began reaching out to artists — mainly rappers — offering his services as a producer and sending them beats through social media. It worked almost better than he planned and landed him production credits with trap soul crooner Bryson Tiller, gravelly voiced D.C. rapper Wale, and on-the-rise emcee Goldlink, among others.

“Really, it’s the internet that allowed all that to happen,” Sango says. “Having vocalists was kind of difficult to find, and it’s pretty amazing how much it helped change the game for me.”

In recent years, Sango — who graduated from Western Michigan University in 2015 with a degree in graphic design — has toured overseas with Haitian-Canadian producer Kaytranada, Canadian multi-instrumentalist and producer Pomo, and Stwo, the French electronic musician and beat mastermind behind Drake’s fourth studio album, Views.

He’s currently on tour promoting his upcoming album and says this record will be different from the projects he’s made in the past. You’ll still hear his trademark beats-only tunes, but at least half of the album will be dedicated to tracks with featured vocals on them, or (as Sango calls them) “proper songs.”

Don’t expect Sango to sing on the album, though.

No matter. It’s not like being a vocalist is Sango’s goal, anyway. He’s a producer first and foremost, and he’s on a mission — as evidenced by his current North American tour — to elevate the status of beatmakers and bring them out of the confines of the studio (or bedroom) and onto the stage.