The many ways in which rapper YG has left an indelible footprint on pop culture and why he’s “Still Brazy.” 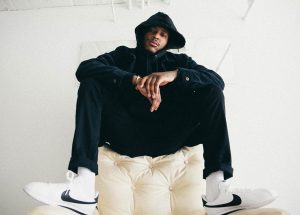 YG knows how to make headlines.

In 2013, the Compton rapper, born Keenon Jackson, inspired legions of high school students to ditch class and temporarily halted traffic on Pico Boulevard in Los Angeles after inviting the public via Instagram to attend the filming of the music video for his song “Left, Right.” Another Instagram open call from the rapper led to an impromptu rally in April, when a rowdy crowd of more than one hundred people arrived for the filming of “Fuck Donald Trump,” a joint track with Crenshaw rapper Nipsey Hussle. (The shoot ended up being shut down by police.) Less than a month later, the Secret Service got in touch with YG’s label Def Jam to peruse the content of his upcoming album, Still Brazy, to see whether there was any other political material in it.

A former member of the Bloods street gang, multiple attempts have been made on his life: He was shot in the groin outside of a recording studio in 2015 — “I’m hard to kill,” he said later — and just last month, another music video shoot in Compton was canceled after it was interrupted by gunfire. (YG was briefly detained by police, who found shell casings at the scene from an AK-47 assault rifle and later declared the shooting “gang-related.”)

The 26-year-old, who will be performing at KMEL’s Summer Jam on Sunday, June 12, is also responsible for inspiring trends. His song “Toot It and Boot It” introduced the phrase into the public lexicon in 2010. (For those over the age of 30, it’s another way of saying “hit it and quit it.”) YG has also popularized swapping the first letters of words with a “b”: You can now buy hats on Etsy and cell phone cases on eBay that say “Bompton,” and the slogan “bickin’ back being bool” was de rigueur in certain circles for most of 2014.

You could also thank YG for the proliferation of ratchet rap — sexually overt, fast-paced hip-hop propelled by 808 kick drums and layered synthesizers. In 2008, along with his longtime friend and frequent collaborator DJ Mustard, YG formed Pu$haz Ink, a collective and record label that released the emcee’s early mixtapes. YG’s punchy, raunchy lyrics and Mustard’s thumping, snare-riddled productions introduced a new sound to the West Coast that quickly caught on in the underground hip-hop scene. The rapper’s snap- and clap-heavy, boom-bap banger, “Toot It and Boot It,” (which features vocals and production from artist Ty Dolla Sign), became YG’s first radio hit. The song peaked at No. 67 on Billboard‘s Hot 100, was on heavy rotation in clubs nationwide, and at least one teenage girl I know received a ticket for blaring the song too loudly in her car while driving through Beverly Hills.

Since then, YG has blown up. His 2013 song about loyalty and friendship, “My Nigga,” went double platinum and garnered the rapper two BET Hip-Hop Awards. “Who Do You Love?” his 2014 collaboration with Drake, was certified platinum by the Recording Industry Association of America, and his debut album, My Krazy Life, went gold earlier this year.

Though the emcee didn’t elaborate, his new song “Why You Always Hatin?” featuring Drake and Oakland rapper Kamaiyah — the first single to be released off of Still Brazy — gives us an idea of those woes: getting shot, losing friends, and people talking shit about him.

Not that we’ll have to wait long to find out more. Still Brazy, which is centered around the last two years of YG’s life since My Krazy Life came out, will be released June 17.

“It’s like the dark side of my success story, is basically what this album is about,” he says. “I’m talking about real life experiences from this last year.”

Unlike its predecessor, Still Brazy has very few featured artists — “This album is just more personal, so I didn’t really have too many motherfuckers hopping on,” he says — and it’s also not produced by Mustard.

A year ago, the two friends had a very public falling out on Instagram that revolved around Mustard’s claims that he “ain’t got payed [sic]” for his work on My Krazy Life.

“We were young and dealing with success,” YG says of their beef. “All that shit played a part in what was going on at the time and how we felt about it.”

Because the pair only recently patched things up — YG posted a photo of the two on Instagram from Coachella with the caption, “For a whole year me and this nigga @djmustard ain’t been BOOL at all. But niggaz FINALLY sat it down…WE BACK BITCHES!!!” — YG turned to other producers for Still Brazy, such as two-time Grammy Award winning Terrace Martin, Heartbreak Gang member P-Lo, and multi-platinum record producer Hit-Boy.

“It helped me exercise my talent because you aren’t getting comfortable working with one dude and in one style,” YG says. “You get different vibes from different producers, and so, you know, it spices up your talent a little bit.”

As for the album’s title, it’s an obvious nod to YG’s previous album, My Krazy Life, but it’s also a comical descriptor of who the rapper is.

← The Yogi and the DJ The Hatching of Dirtybird →