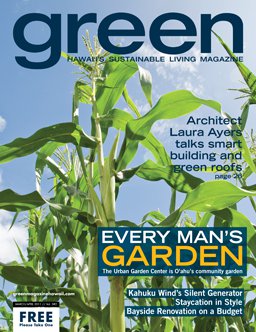 Kevin McCallum walks carefully across the flat roof of the three-story walkup apartment building in Makiki. The founder of Cool Roof Hawaii is no stranger to rooftops and he’s not surprised by the deep cracks he finds in the black tar and gravel surface. The owner of the building stands beside Kevin as he kneels down and holds a digital thermometer just above the surface. It reads 121° Fahrenheit. “Check this out,” McCallum says to the owner, showing him the digital display. “Not only can we stop the leaking, but we can bring this temperature way down, too.”

Cool roofs have been around since the ’80s and should ring a bell. You may have seen pictures of the Department of Energy’s white rooftop in Washington, D.C. or read about New York City Mayor Michael Bloomberg and former Vice President Al Gore’s 2009 partnership to develop cool roofs on over 10,000 square feet of rooftops in Queens. Secretary of Energy Dr. Steven Chu has been promoting cool roof coatings for years and the EPA’s Energy Star program has been rating cool paints and coatings since 1999. Even Wal-Mart has applied the white, energy-saving roof coating to over 4,500 of their stores nationwide.

But what exactly constitutes a cool roof and how does a layer of paint save energy? A cool roof is any type of roof that is covered in a white or reflective coating or paint. Traditional dark-colored roofs use tar, gravel, asphalt or wood shingles to absorb solar radiation—heat from the sun. The problem is, because the heat is absorbed by the roof, it is transferred below into the interior living space, drastically heating up the air inside. This temperature spike leads to an increased demand for air conditioning and, in turn, a higher demand for peak-hour electricity and the associated elevated energy costs. Roofs treated with a cool roof coating reflect the solar radiation and mitigate the heat transfer into the living space, significantly reducing both the surface temperature of the roof and the interior living space.

END_OF_DOCUMENT_TOKEN_TO_BE_REPLACED

Hawai’i’s sustainable workforce is growing faster than you think 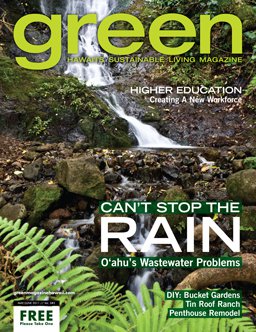 Like many transplants from the mainland, Shanah Trevenna moved to Hawai’i sight-unseen. After a four-year stint as a mechanical engineer at IBM, she had a change of heart and decided that she wanted to dedicate her life to teaching as a crusader for the environment.

“I wanted to figure out a way where I could work productively without causing harm to the environment,” comments Trevenna. “When I scanned the world for a place I wanted to spend the rest of my life learning and teaching, in my opinion, Hawai’i had the highest potential to be a model of sustainability and change.”

Fast-forward five years and Shanah is not only a lecturer at the University of Hawai’i at Manoa and founder of the student group, Sustainable UH, but she is also the co-founder of a statewide student internship program funded by the Environmental Protection Agency (EPA). With funding available from both the state and national level, “green” jobs training, internships and programs are the latest steps taken to ensure that sustainability for Hawai’i is obtainable not just as a lifestyle, but as viable career options as well.

END_OF_DOCUMENT_TOKEN_TO_BE_REPLACED 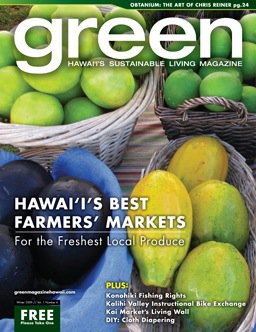