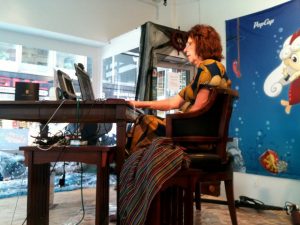 She was sitting in front of laptop computer in a white corner room penned in by two walls of floor-to-ceiling windows facing out to the street. Cameramen and videographers crowded around her, snapping pictures and rolling film. Curious pedestrians, passing by, paused to peer in. Models—Dan Metz, Brandon Collins, Jay Parks, and Georgie Badel— and minor celebrities—Kenley Collins, Chelsea Krost, and Lady Jenn Bocian—ostensibly there for the publicity—“What is this for again?” said Ms. Collins—preened in the background. END_OF_DOCUMENT_TOKEN_TO_BE_REPLACED

A few weeks ago, Vince Masi’s website, skatedrinkdance.com, crashed due to a virus. 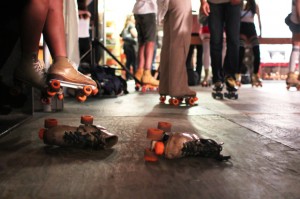 It has since been cleaned, resuscitated and put back online, but Mr. Masi has yet to recover. “It was a nightmare,” he said. “I think that was probably, like, the most despair I’ve had to deal with.”

It wasn’t the worst thing that’s ever happened to him—a few years ago he had to shack up with his mom when a business plan fell through and once he irreparably damaged his car by loading it with too much stuff—but it was one of the first things he couldn’t fix on his own. Why? Because he doesn’t speak that language, he said.  “I don’t speak nerd code.”

So, he’s not tech savvy. But he is the king of retro, the sultan of skating, the heart and soul behind an ingenious event: Down and Derby, a roller-skating dance party held once a month at Dekalb Market in Brooklyn. END_OF_DOCUMENT_TOKEN_TO_BE_REPLACED

In leu of the fact that all bicyclists, regardless of age, might have to start strapping on helmets, the Observer thought we’d get a head start (pun intended) on searching for the most stylish helmets available. As for what to do about the “helmet hair” that we’re sure to get after wearing one, we’re still working on that.

END_OF_DOCUMENT_TOKEN_TO_BE_REPLACED 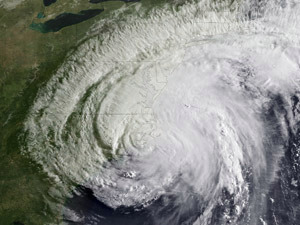 It’s wet, starts with an ‘H’ and lasts for six months.

Yes, hurricane season in the Atlantic starts Friday and both the local and national governments are already making a big hoot about it.

The New York City Office of Emergency Management has put out a free downloadable brochure called Ready New York: Hurricanes and New York City, available in 11 different languages (making sure no one in the city is mac-less come the rains). As for the National Hurricane Center, not only have they put out a number of You Tube videos and audio recordings preaching hurricane preparedness, but they have also announced that it’s National Hurricane Preparedness Week.

END_OF_DOCUMENT_TOKEN_TO_BE_REPLACED 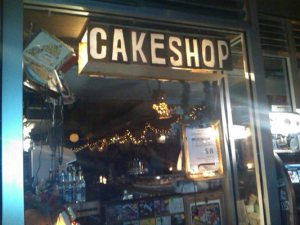 Yet another beloved Lower East Side institution is in danger of closing its super-cool doors forever. Cake Shop, the club, concert space and baked good purveyor where you can simultaneously dine on vegan whoopie pies and apple cider whilst listening to live music, needs your help. Or rather, your money.

END_OF_DOCUMENT_TOKEN_TO_BE_REPLACED 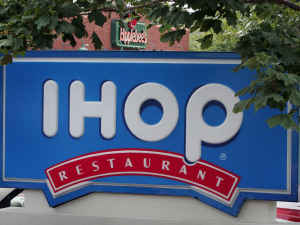 There’s one in Harlem and one on East 14th Street, and soon there will be one in the West Village, too, at 80 Carmine Street. The International House of Pancakes has hit the Big Apple, folks, and it looks like it’s here to stay.Last week, Trihop LLC—the tri-state area owner of the pancake house franchise—signed a 49-year lease for the restaurant’s latest location, partner Kevin Salmon of the brokerage firm Salmon and Marshall Real Estate Investments to The Real Deal. The restaurant will be Budakkan big, covering 10,500 square feet: a 3,500 square-foot ground level area, a 1,000 square-foot covered outdoor space, and a 6,000 square-foot lower level. It’s located—surprise—in a new 10-story condo building. END_OF_DOCUMENT_TOKEN_TO_BE_REPLACED

Over the course of the next few years, Harlem will undergo some major plastic surgery.

First up: a facelift.

Earlier this year, Columbia University began construction of their latest Manhattanville campus expansion, a 17-acre, $6.4 billion site in West Harlem which will serve as the future location of the Jerome L. Green Science Center.

END_OF_DOCUMENT_TOKEN_TO_BE_REPLACED

Just How Suburban Is Manhattan These Days? 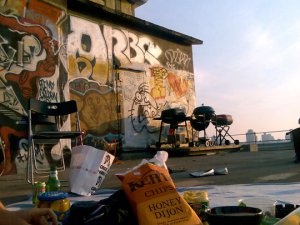 Is New York City becoming more suburban? Or is that just what The New York Times wants you to think?

The Times was chock full of ‘burb-centric articles this past Thursday, but the two that stood out the most were Jesse McKinley’s swan song to urban Manhattan and Bob Tedeschi’s 1,272-word tale about resurfacing his wooden deck.

END_OF_DOCUMENT_TOKEN_TO_BE_REPLACED

Harlem Is Skeptical—Thinks Yet Another 125th Ave Development Will Fail 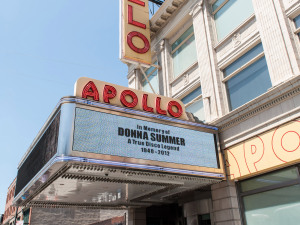 Promises: they’re easy to make, but hard to keep. Just ask the residents and landowners of West Harlem.

For the last five years, a number of developments have been proposed along 125th Street, but most have fallen through. Take, for instance, Vornado Realty Trust’s ambitious plans for a 600,000-square-foot office building on the corner of Park Avenue that would have housed Major League Baseball’s new television network. That building never materialized, nor did a later development, planned on the same site, for a high-rise that included a Marriott hotel.

END_OF_DOCUMENT_TOKEN_TO_BE_REPLACED 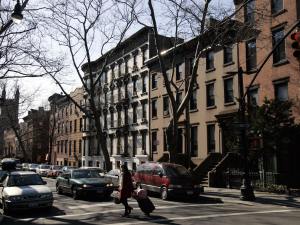 Christabel Gough, the secretary for the Society for the Architecture of the City and a resident of the Greenwich Village Historic District, has a simple, to the point message for New Yorkers: Beware. Manhattanization, she warns, is growing, encroaching on historical neighborhoods throughout the five boroughs. It is the real estate equivalent of kudzu and Brooklyn, Ms. Gough says, is the next victim. Yet unlike it’s leafy cousin, Manhattanization cannot be eradicated with sheep.

END_OF_DOCUMENT_TOKEN_TO_BE_REPLACED 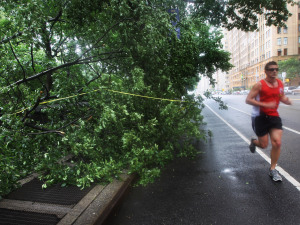 Early this morning, a handful of city park advocates, a trio of council members, and a smattering of curious onlookers gathered on the steps of City Hall to talk parks, budget cuts and leafy green things.

“Funding for our parks must be restored,” cried City Councilmember Brad Lander, who was joined at the rally by park-loving compatriots Melissa Mark-Viverito and James Oddo.

The last few years have not been kind to the Department of Parks and Recreation, which has been the victim of a number of heavy-handed budget cuts since 2008. This year, the Parks Department faces a proposed budget cut of $33.4 million that, if approved, would lead to a cumulative loss of $62 million in funding—or 17 percent—over the last five years.

END_OF_DOCUMENT_TOKEN_TO_BE_REPLACED 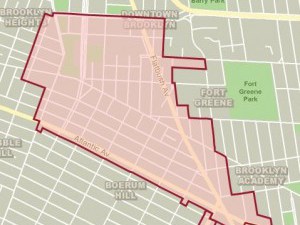 There’s a reason why public transportation exists: so that people don’t have to use cars. Downtown Brooklyn residents have long accepted this reality of urban living and it appears that the Department of City Planning has too.