The Ballad of Super Niggs 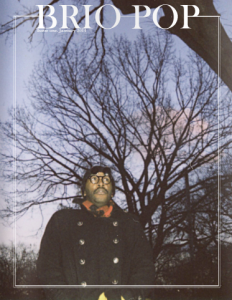 LINWOOD YOUNG GREW UP IN A TINY, RURAL TOWN in the heart of Maryland. He lived there with his mother and two brothers in a trailer connected to his grandmother’s trailer next-door. Neighbors were scarce, but of trees and poisonous snakes there were plenty. For fun, he played in the woods and listened to rap and hip-hop music. In fact, that’s pretty much all young Linwood listened to until the fateful day when the antennae on his radio snapped off.

Static engulfed the airwaves, obliterating transmission of every nearby station except one: a brand new Top 40’s station that played everything but rap and hip-hop. Now, since this was the ‘90s, poor Linwood had little recourse other than the radio. There was no Pandora or Spotify, YouTube or Soundcloud. His only alternative was a tape (yes, a tape) from his older brother that featured tracks from Grammy nominees in 1996, so he gave it a listen. And, as he says, his “head cracked open.”

For the first time in his young life, Linwood heard music the likes of which he’d never heard before. He listened to Hootie and The Blowfish and Joan Osborne, Alannis Morrisette and Seal. “It was like a gift from the heavens or something,” he says. “I quickly fell in love with it.”