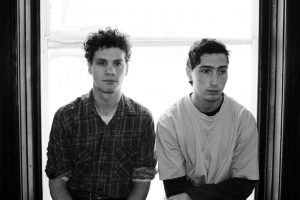 For the last six months, the seven members of the Chicago band Whitney have been homeless — sort of.

Though they’ve been living out of suitcases and backpacks, they haven’t necessarily been sleeping on the streets. Instead, they’ve been touring — first across Europe, then through North America — staying in hotels, at fans’ houses, and, occasionally, in a 10-person tent, if they happen to be near a national park.

“We’ve pretty much given up our entire settled lives to go on the road and support this dream,” says guitarist Max Kakacek.

The only constant in their lives has been their van: a powder blue 15-passenger 1997 Dodge Ram with “Grace Baptist Church” emblazoned on its sides. The septet bought the clunker in February from a church in “the middle of Indiana” that they found through Craigslist. In the seven months they’ve had it, they’ve racked up more than 30,000 miles thanks to their relentless gigging. (Case in point: Their upcoming performance at Outside Lands on Friday will mark the band’s second visit to San Francisco in less than four months.)

Though its AC is busted, there are perks to driving a former church van, Kakacek says. Thinking they’re a religious group, hotels will sometimes give them discounts, and occasionally, when the car is parked, people will drop donations through the open windows.

Have Faith in Eryn Allen Kane

The 26-year-old vocalist has come far in three years. 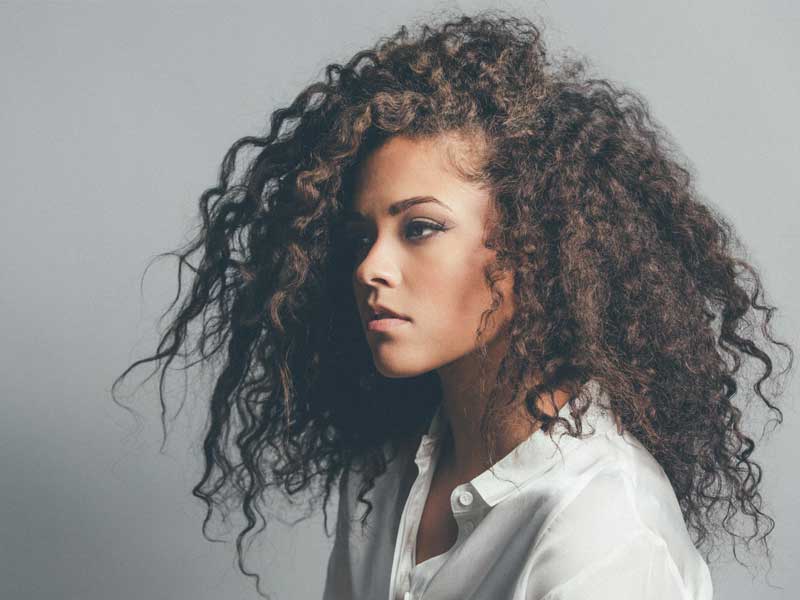 “It sounds cliche,” singer-songwriter Eryn Allen Kane warns me over the phone while driving to a recording session in L.A. She’s explaining how she learned to sing, and credits the church on the east side of Detroit that she attended as a kid, as well as its choir, for introducing her to the art form and helping her hone her vocal chops.

Listen to any song from either of Kane’s two EPs, Aviary: Act I and Aviary: Act II, and the gospel influences of her childhood are front and center. Harmonies, a cappella arrangements, syncopated rhythms, and veiled Bible references: They’re all there. And even though the 26-year-old’s lyrics are staunchly secular, her tracks have a sermon-like quality and spew life lessons and advice, like not letting social media hurt your confidence and the importance of staying positive.

“I try to stick to the roots of my singing,” says Kane, who is known not only for her hearty, versatile voice, but for her mammoth mound of curly brown hair. “I’m not going to make a song like Lady Gaga using 808s and Auto-Tune.”

Of all her songs, the gospel streak is strongest in the 2015 single, “Have Mercy,” a gentle acoustic track punctuated by finger snaps and choral arrangements from female vocalists. She penned and produced the ditty over the course of an afternoon in August 2014 after watching news segments on the shooting of 18-year-old Michael Brown in Ferguson, Mo., and the murder of a little boy who had been beaten to death by his mother. END_OF_DOCUMENT_TOKEN_TO_BE_REPLACED

The Save Money crew is still pretty young to the rap game, but if the successes of members Chance the Rapper and Vic Mensa are any indicator (both MCs have appeared on the new XXL Freshmen 2014 cover) it won’t take long for them to become a household name.

The Chicago-based crew of creative, like-minded dudes boasts an eclectic roster of rappers, musicians, artists, producers, directors, and even a trumpet player, many of whom have known each other since they were kids. The crew is so large that we couldn’t list every Save Money member, so we just highlighted the main dudes you should know about for this piece, but there’s no telling which Save Money member will be next to claim the spotlight.  (Click HERE for the slideshow)